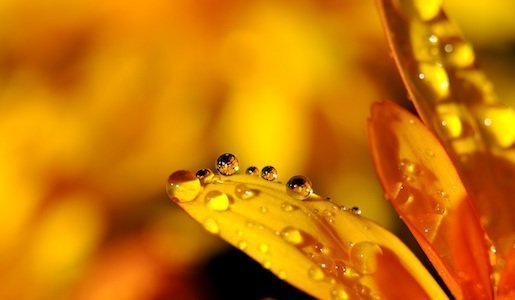 I want to share one of my favorite stories. I know it from the Taoist tradition, though maybe it has other roots as well.

There was an old farmer who had worked his crops for many years. One day his horse ran away. Upon hearing the news, his neighbors came to visit. “Such bad luck,” they said sympathetically. “Maybe so,” the farmer replied.

The next morning the horse returned, bringing with it three other wild horses. “How wonderful,” the neighbors exclaimed. “Maybe so,” replied the old man.

The following day, his son tried to ride one of the untamed horses, was thrown, and broke his leg. The neighbors again came to offer their sympathy on his misfortune. “Maybe so,” answered the farmer.

The day after, military officials came to the village to draft young men into the army. Seeing that the son’s leg was broken, they passed him by. The neighbors congratulated the farmer on how well things had turned out. “Maybe so,” said the farmer.

The theme of today comes from the Arabic Al-Aziz. The meaning I’m using for that term is a special kind of strength. (Don’t you just love that there are so many variations of these qualities each week?) This is the kind of strength that the farmer had in the story. It’s mighty, sweet, and also beyond praise or blame…. you know… dualism.

In fact, I want you to imagine for a minute that it IS you. If you can, think of a moment when you were confident, kind, poised…. you were in the zone and feeling clear. Have you located that feeling? Ok. Hold on to it.

Now if you can, I invite you to bring back a painful moment – maybe the worst thing that has ever happened to you. … but be gentle with yourself. Only what you feel you can handle at this moment.

Do you have this feeling or this difficult moment? Ok. Now almost like these two feelings are two separate people, or two versions of you, I invite you to introduce them to each other.

Confident, poised, clear you, meet the other you that’s feeling whatever you’re feeling.

Watch the two you’s as they recognize each other, and slowly start to reach out and test to see if each is real.

Notice what this meeting feels like. Is it cautious? Afraid? Joyous? Comforting?

Now as the two versions of you get more familiar with each other, they might realize that they’re both you—different, but also the same and as they notice this, they might start to move closer and closer, and eventually start to overlap and merge.

Now they are one.

The scared, or sad you still there. The calm, confident, poised you still there as well. Now they’re all combined and there is this kind of expansion that happens. Like that sadness and the scars from the bad experience weren’t wasted, but somehow feed into this inner strength that almost feels …. like it’s precious and joyous and sweet like you’ve never known.

Imagine that those different versions of you were like two drops of water next to each other on . As they touch, each is absorbed into the other… The water from each drop is still there, but now they’ve made something new that at the same time is both drops -and also a new, expanded one.

In truth, one day I realized. These are ALL me. The sadness and hurt is still there, but it has met the other parts – including the confident me, and the me who loves bad puns and wordplay, and all the other ones.

The result, I’m still trying to figure out – I’m still getting to know this expanded drop of water that contains all of those previous versions.

I can tell you that there is a certain amount of sweetness to the experience – like the farmer might have felt each time his fortunes seemed to swing like a pendulum, and the people around him were swept up in the drama.

So, my friend, there’s someone divine I’d really like you to meet.

Say hello to… yourself.

Rediscovering God through Your Desire